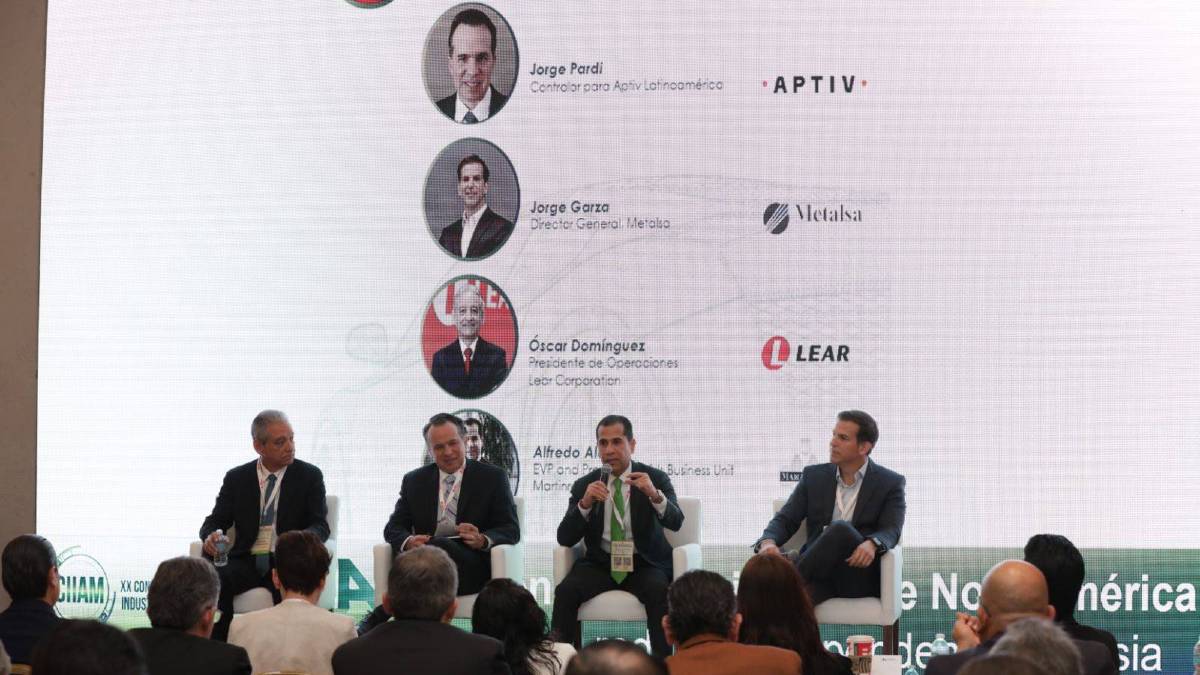 Latin America. During the meeting, the development of augmented reality projects that seek to provide strategic information to companies that make up the sector was announced.

The XX International Congress of the Automotive Industry of Mexico (CIIAM), organized by the National Auto Parts Industry (INA), took place between November 17 and 18 at the Hacienda de Los Morales.

During the event, important representatives of the Government met, such as the Secretary of Labor and Social Welfare, Luisa María Alcalde; the head of the Liaison Unit for the Reform of the Labor Justice System, Esteban Martínez Mejía; the Ministry of Foreign Affairs; the general director of Nacional Financiera (Nafin) and the National Bank of Foreign Trade (Bancomext), Luis Antonio Ramírez Pineda; as well as presidents and directors of the main shipowners installed in Mexico.

The theme of this edition was "Technological trends and the road to electromobility". The Congress was also attended by more than 280 business leaders, academics and government authorities in Mexico and abroad, related to the automotive and auto parts industry.

During the meeting, these representatives discussed issues of current interest, such as their reflections on what comes with the Agreement between Mexico, the United States and Canada (T-MEC), the possibilities that have opened up for Mexico with nearshoring and the future of sustainability in the sector.

During the first day of the event, it was announced that INA signed an agreement with the Mexican Association of Mold and Die Manufacturing (AMMMT) to promote the link between Mexican manufacturers of these components with the supply chain of the automotive industry, in order to increase the value of national content of all parties.

INA also renewed the Agreement with the Pan American Development Foundation (PADF), in order to promote actions that contribute to the efficient fulfillment of the different provisions within the framework of the 2019 Labor Reform and the USMCA.

Likewise, the executive president of INA, Francisco N. González Díaz, highlighted the commitment of the International Energy Agency, of which Mexico is a member, to reach the goal of 60% of new electric vehicles on the market by 2030.

On the other hand, the development of new technological projects within the INA was announced, among which the INA ExploRA App stands out, which uses augmented reality to identify the location of the more than 2 thousand auto parts manufacturers installed in Mexico from a mobile phone.

In addition, the next relaunch of the INA website was announced, which will have e-learning sections and strategic information that facilitates the decision-making of the companies that make up the sector. Likewise, the INA App will have the latest statistics and news of the automotive sector and manufacturer requirements.