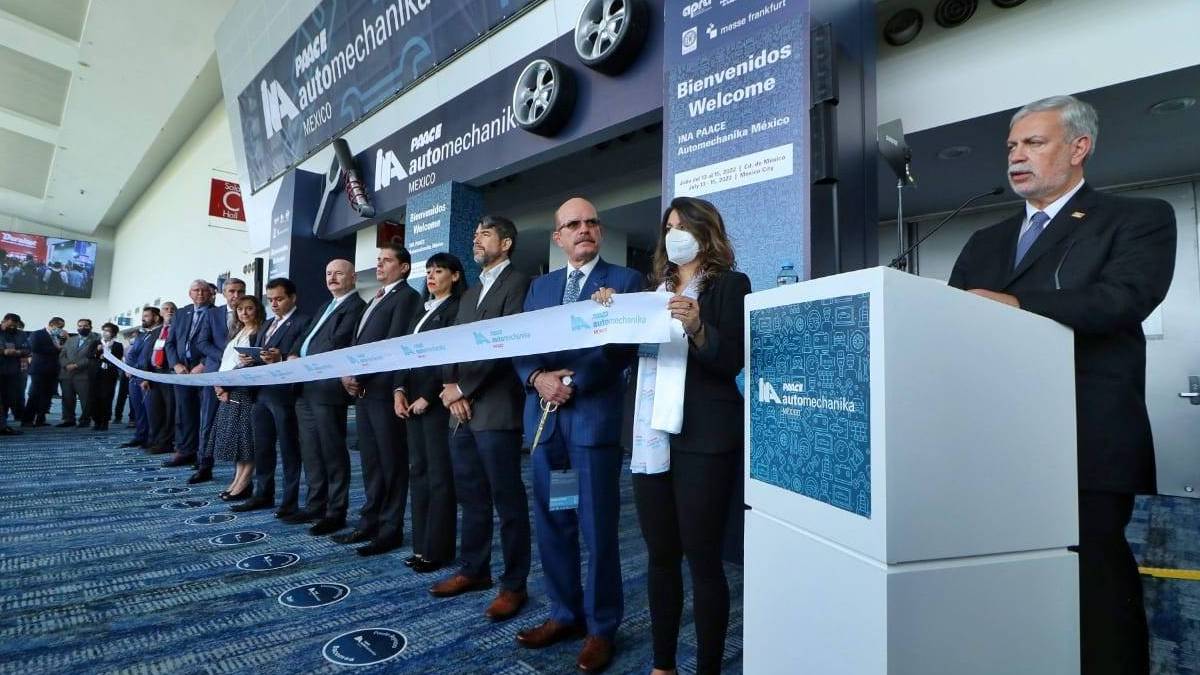 Latin America. In an exclusive interview, the president of the INA gave us his impressions on what the last INA PAACE fair left behind, as well as the impact of the USMCA together with nearshoring and the generation of talent to surpass Germany and be the fourth world producer of auto parts.

Since January of this year, Francisco González assumed the executive presidency of the National Auto Parts Industry of Mexico (INA), which represents the interests of more than 900 companies in the country. For more than 20 years he has promoted Mexican industries by serving, among others, as CEO of Bancomext and ProMéxico. 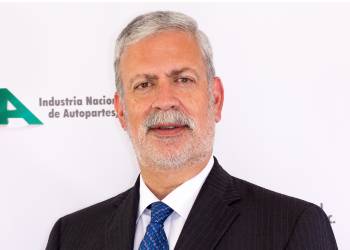 This year he was at the head of the twenty-fourth INA PAACE Automechanika Mexico. This served as a reunion of the different members of an industry that, as he said at the inauguration, is the main generator of net foreign exchange for the country, in addition to producing around 900,000 jobs per year (according to the INA, during only the first half of this 2022, the auto parts sector employed more than 850,000 people).

In conversation with AFTERMARKET INTERNATIONAL after the event, he revealed that it left 99% of the participants satisfied. Among them were companies throughout Mexico, outside the presence of 16 countries with about 70 stands on the exhibition floor, which had around 10,000 daily visitors.

"So, although it is a fair that is starting again after Covid, we are still the largest fair in Latin America regarding the aftermarket and refractions," he told us in an exclusive interview.

Among the most outstanding technologies during the fair highlighted the electrification part, "but in all three senses: in the first electric sense; electric cars from all over the market that exist around it; the combustion part, which obviously includes combustion, and of course the electrification part; and plug-ins, which are starting to have a very important success."

"And around these technologies, also the part of the service stations; charging stations are also part of the interest that is being integrated into the INA," added the president of the INA, who on the other hand pointed out some of the topics addressed in The Future Forum, an executive program of conferences launched in this edition of INA PAACE.

Among these, he highlighted the use of green hydrogen, "but specifically the important part of the sustainability of cars; We are seeing that it is not only important, that it does not pollute at the time of use, but in manufacturing." 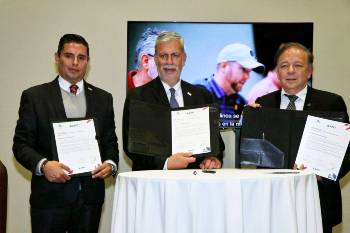 Precisely, during the fair an agreement of understanding and collaboration was signed between the INA and the Association for Manufacturing Technology to disseminate the best practices of training and technology of the manufacturing industry in Latin America and globally.

"This partnership has a very important impact because they have last-minute technologies, from the last line; it means that it is advanced technology, which increases productivity," said Francisco González.

"The topic that also includes is the part of sustainability, because what we are strongly promoting are production 4.0 technologies, which have to do precisely with efficiency in the lines," he stressed about an association that offers courses and congresses that provide information on the latest technologies to those who are in the production lines.

Production Talent and USMCA
Among the topics that brought together the most important leaders of the industry was also that of the circular economy, the increasing penetration of electric vehicles, as well as the development of talents in Mexico.

"We have an important production, if you can say so, of engineers in Mexico; of also technicians, of different trades and capacities, precisely because the industry is absorbing them, "said González in relation to one of the four factors that explains the position obtained this year by the Latin American country as the fourth producer of auto parts in the world (in 2021 it manufactured automotive components worth 94,778 million dollars) and the main supplier of the United States. 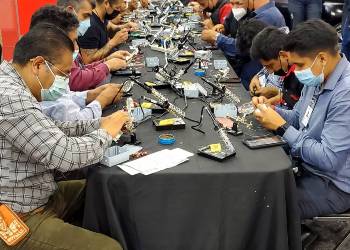 Francisco said that a next factor is that the level of complexity of the automotive industry in Mexico is great; "Complexity in a good way, not as something very difficult, but very structured."

"The auto parts production plant in Mexico, the companies established here, produce practically all the defense car, with tires, glass and others; There is a synergy and knowledge of the different materials and processes required," he says, pointing to materials such as textiles, plastics, rubber and rubber, as well as steel, aluminum and manganese in terms of metalworking.

The third factor, which in his opinion is the most important, are the free trade agreements in which Mexico is; especially the Treaty between Mexico, the United States and Canada, the so-called USMCA. According to him, this increased the need for auto parts from 62.5% to 75%.

Recently, in a panel on automotive revolution, the general director of the INA, Alberto Bustamante, detailed this aspect by pointing out that with the rules of origin of the T-MEC a new regional content value (VCR) was reached, going from 62.5% to 75% in terms of light vehicles, and from 60% to 70% in the case of heavy vehicles.

The INA has predicted for this year, with information from IHS Markit, that, while imports of auto parts from Mexico from the United States and Canada would be 34.8 billion dollars in 2022, Mexican exports to those countries would reach US $ 79.5 billion this year.

Finally, Francisco González raised as a fourth point the delay in the sale of cars from Asia due to the semiconductor crisis. "So the cars you had, the old cars, because you have to keep them fits, and you have to have the corresponding auto parts."

"All this has driven the auto parts market to grow, we reach fourth place, surpassing precisely Germany, and maintaining ourselves to seek third place at some point," he said.

The nearshoring opportunity
In one of his weekly columns in a Mexican newspaper, the president of the INA referred to the phenomenon of nearshoring (model of transfer of production processes to a country close to its target market) as the great opportunity for the auto parts sector in Mexico.

When asked about this trend, increased from global events such as the pandemic and the conflict between Russia and Ukraine, he said that "nearshoring precisely what is taking advantage of is the synergy of the USMCA". 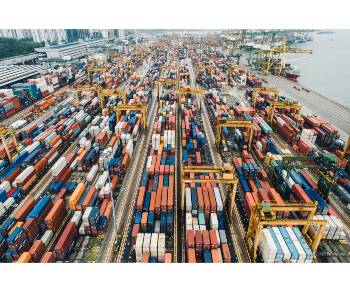 "This synergy can bring us great advantages, because instead of producing in another country it is required to have the integration of North America. Obviously, the part of the policy between China and the United States plays an important role. We know that it can have clear advantages to be able to have this growth of greater investment in Mexico, "he said.

Gonzalez then recalled the traffic jam in the Suez Canal of the freighter Ever Given, which froze about $10 billion of daily trade. "Having your production nearby helps you avoid problems of that type," he said.

Forecasts and challenges
When asked about what he foresees in the industry for the end of this 2022, the president of the INA pointed to a very clear growth in production, of the order of about US $ 105,000 million, which would mean an increase of 11% compared to last year's record. 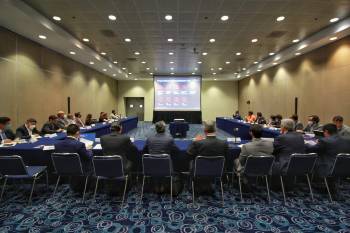 "We expect a successful end of the year, and obviously arming ourselves for the next expo, which we believe will be very strong," he said, noting that many companies absent this year due to certain complexities of COVID-19 will be able to attend. "It is a fact that we are going to have more companies than the leaders," he stressed.

Finally, when asked about what must happen for Mexico to continue climbing positions as a world producer of auto parts, despite the distances from the podium today occupied by China (US $ 470,000 million), the United States (US $ 228,000 million) and Japan (US $ 172,000 million), he said that the key remains the development of talent.

"There is quite a lot, but more is being required, and more specialized in the part of new electrification technologies. We need people who handle the electricity in the car, who handle the fluids in the car, and that specialization is under development in Mexico. So, having a significant base of developed talent, I think we can reach the next levels, along with the entire industry in North America."